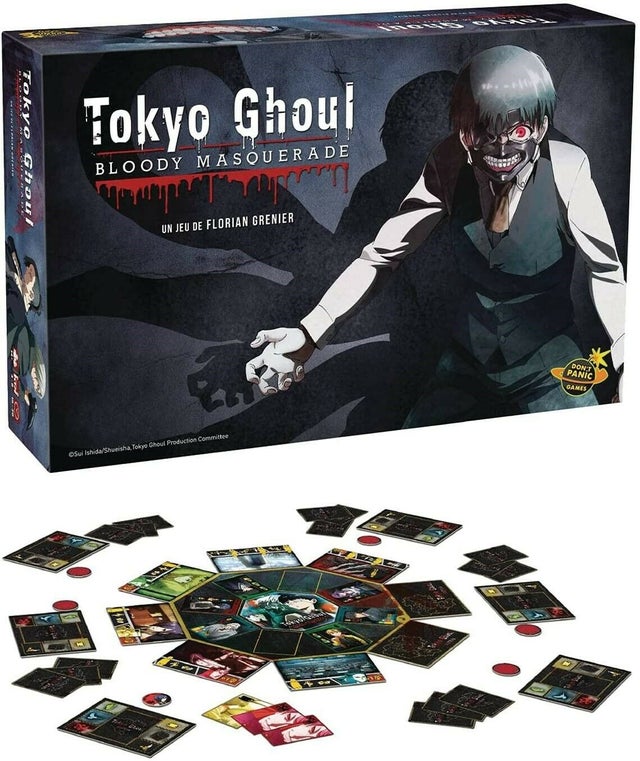 In downtown Tokyo, ghouls are on the move, and they can quench their thirst only with coffee...and their bloodthirst only with human flesh. Humans are easy prey, but the investigators from the fearful CCG are on the lookout. Their job: Make the ghouls out in the crowd and hunt them down.

In the bluff-and-deduction board game Tokyo Ghoul: Bloody Masquerade, you play as one of fifteen different characters from the anime, including Kaneki, Touka, Juzo, and Rize. Whether you are a mere human, a ghoul, or an investigator, roam the streets of Tokyo, keep your identity a secret, investigate, and cover your tracks. The investigator and the ghoul want to find and kill each other, while the humans are trying to collect two or three of the same card. Players take actions during the game to pass around cards, which gives them information bit by bit about who each player might be.

It is up to you to uncover the other players' real natures and come out on top. In the hostile environment, always keep in mind: Everyone you run into might be a killer!