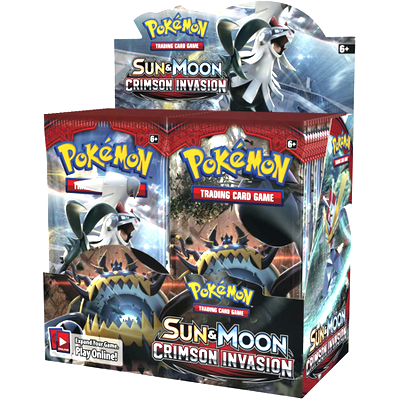 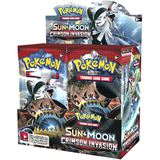 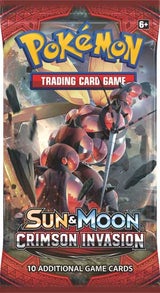 The tale of fierce Ultra Beasts unfolds across the Pokémon TCG landscape in the Sun & Moon—Crimson Invasion expansion! The Alola region is being invaded by mysterious and powerful creatures! Can the allies of Alola defend the islands—or will the Ultra Beasts take control? Find out when you lead your Pokémon and exciting new Trainer and Energy cards into battle. Plus, unleash the power of even more Pokémon-GX, including Alolan Exeggutor-GX and Gyarados-GX. Discover new Pokémon, deeper strategies, and more battling fun in the Sun & Moon—Crimson Invasion expansion!