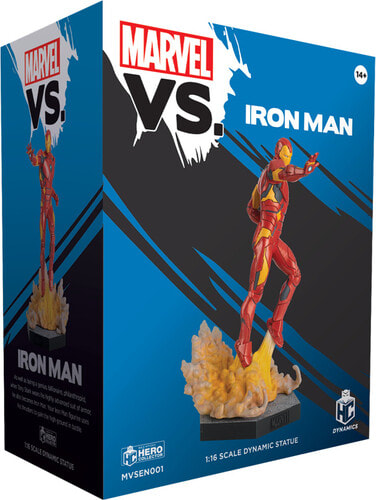 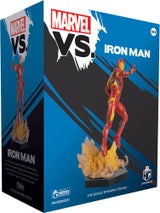 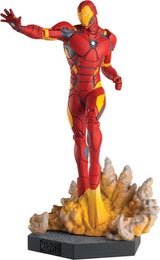 Get ready for battle and face-off your favorite heroes and villains in the brand-new Marvel VS. Collection! First up is playboy-turned-hero Tony Stark, a.k.a Iron Man!

A genius inventor and billionaire playboy, Tony Stark created a suit of powered armor to save his own life – and went on to save the lives of countless others as the Armored Avenger, Iron Man!

The Iron Man Marvel VS. Figurine showcases a sleek, modern design of Iron Man suit, with smoke and flame billowing from its jet boots, sending Tony Stark skyward as he aims a powerful repulsor blast!

Iron Man made his debut in Tales of Suspense #39 (1963), in a clunky suit of grey metal armor. He helped found the Avengers in that same year, this time clad in shining gold – and though Tony Stark’s armor has evolved over the decades, his heroism and intellect have remained a chrome-plated constant.

Collect the greatest heroes and villains from the stories of Marvel Comics as hand-painted 1:16 scale models! These detailed statuettes capture the likeness of iconic champions and rivals, each standing roughly 5-8 inches tall and posed for battle atop dramatic scenery!